Dare2Del is a joint project of Cognitive Systems, University of Bamberg and the Chair for Work and Organizational Psychology, University of Erlangen. The project is part of the DFG priority program Intentional Forgetting (SPP 1921). The first funding period was Oct. 2016 to Sept. 2019. The second funding perios is Oct. 2019 to Sept. 2022.

Focus of Dare2Del is to support employees in administration and production to regulate their digital knowledge by hiding and deleting irrelevant digital objects such as files or sensor data. Digital objects that have become irrelevant can hinder the search for information, delay decision-making processes, divert attention away from the actual task and thus impair work performance and well-being. With the ever growing amount of digital data, it becomes more and more important that employees are supported in getting rid of digital clutter (see, e.g. “Desktop Messie” Video, in German) and in avoiding digital hoarding (see, e.g. Zeit Online article, in German).

In the interdisciplinary project, we empirically research intentional forgetting in the working context,a on the other, we are developing an interactive, intelligent assistance system that helps employees to detect and delete irrelevant digital objects. Dare2Del is designed as a cognitive companion, that is system decisions have to be made transparent and comprehensible to the user in form of explanations. The system should be able to take into account general and domain-specific knowledge such as specific regulations of an organisation. Decisions which digital objects are irrelevant and consequently can be deleted partially can be based on such organisatorial rules. However, they also strongly depend on user characteristics such as personal preferences and personality traits. To fulfil these requirements, Dare2Del is based on an incremental approach to inductive logic programming (ILP). For more information about the psychological aspects of Dare2Del refer to Chair of Work and Organizational Psychology’s website. Information about the artificial intelligence part can be found at CogSys-Dare2Del. 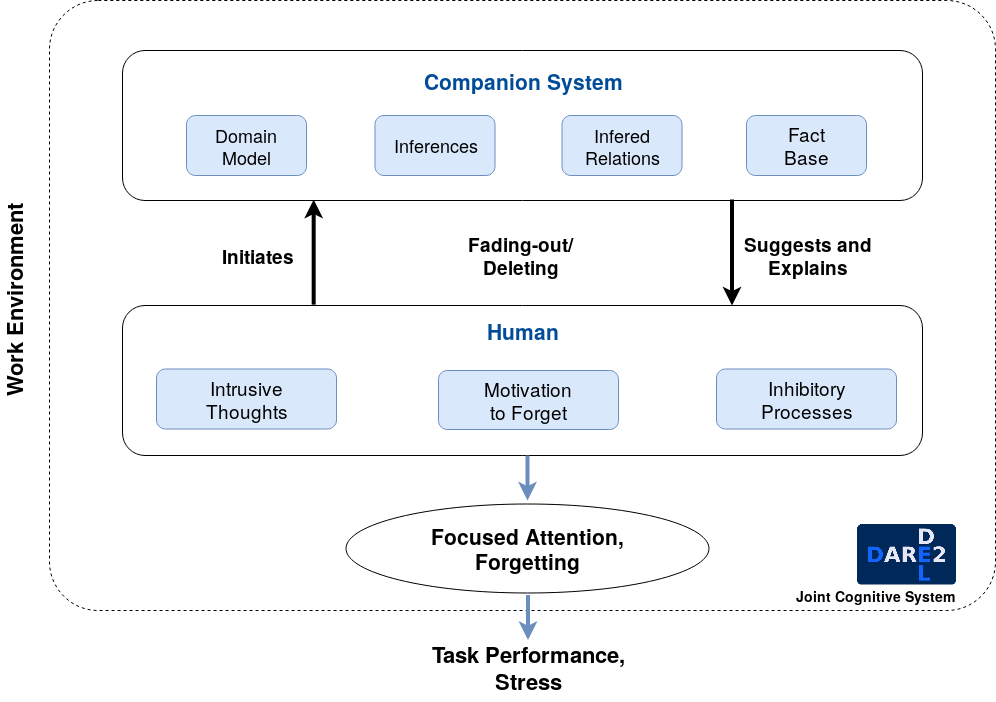 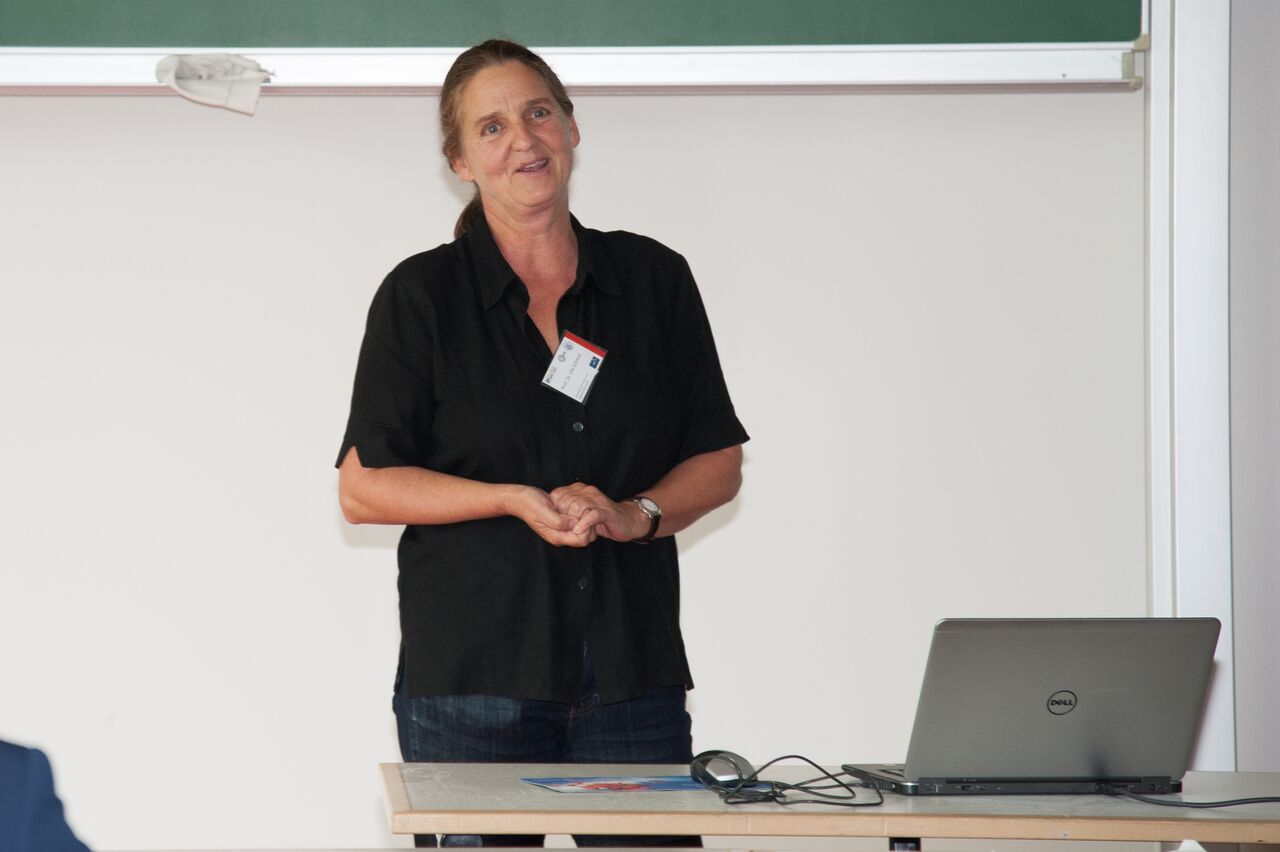 We presented our research at the Conference on Intentional Forgetting in Organizations and Work Settings in Paderborn, September 11–12, 2018: “Forget it – if you can! How the ability to forget protects self-esteem” (Göbel & Niessen), “When persons intentionally forget at work: The role of interindividual differences in retrieval suppression and challenging work demands” (Niessen & Göbel), and “Interactive Learning to Identify Irrelevant Digital Objects -- An Interpretable Machine Learning Approach” (Schmid & Siebers)

The second Tandem-Workshop was held in Limburg an der Lahn in May 2018. There, Cornelia Niessen and Ute Schmid presented the state of our companion system and first results on an empirical study. 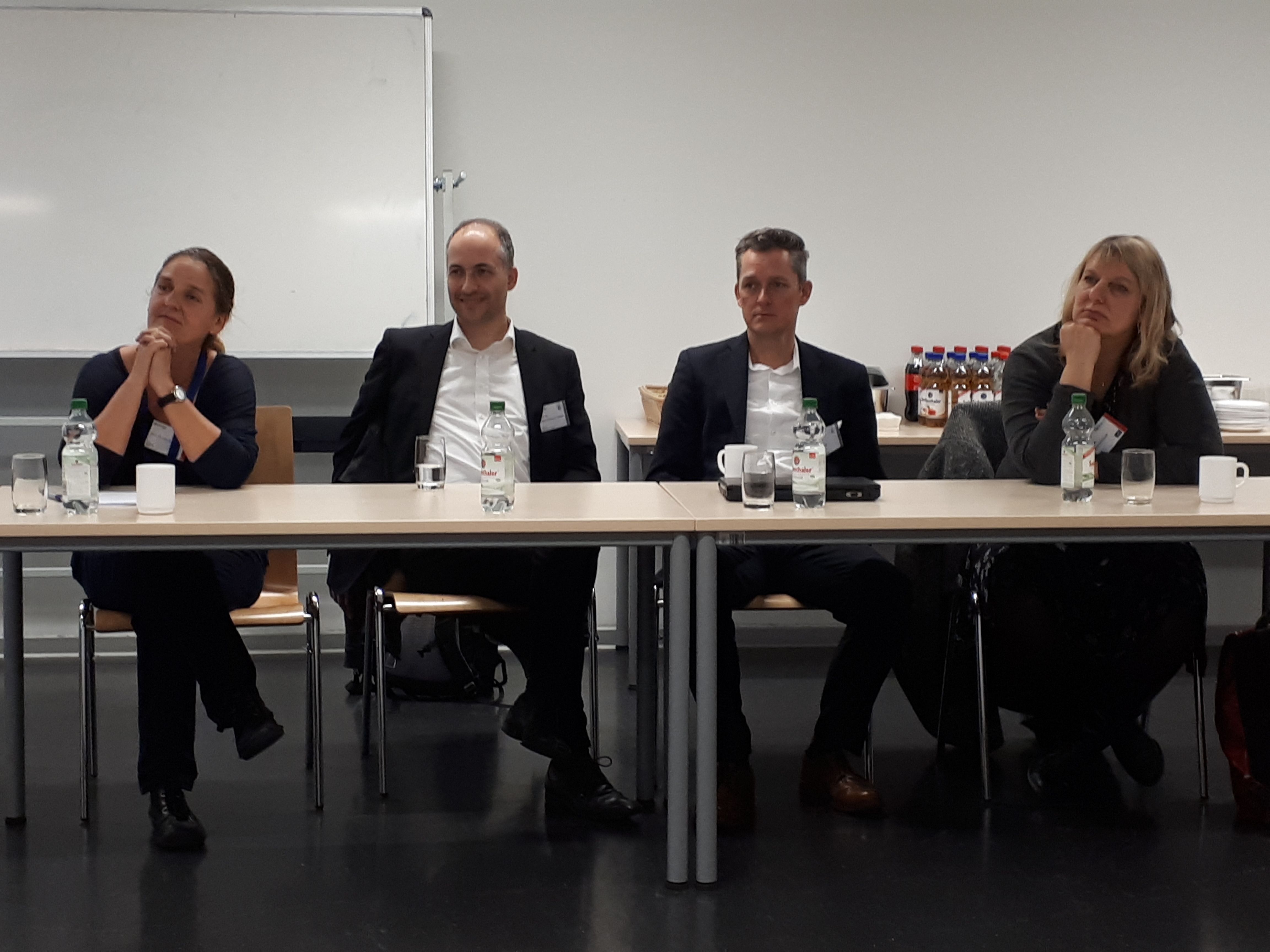 The first Writing-Workshop of the SPP was held at University of Bamberg in October 2017. On the second workshop day, Cornelia Niessen and Ute Schmid participated in an expert panel on Publishing in Scientific Journals (together with Claus-Christian Carbon, Cognitive Psychology, and Tim Weitzel, Information Systems).

At the first Tandem-Workshop (June 1–2, 2017) in Potsdam, the project members presented intermediate results to members of the other seven projects in the SPP.

In May 2017, the SPP started its series of workshops with a Method-Workshop in Mannheim. There, experts presented the Directed Forgetting method, the Thinking-Aloud method, and the Think/No Think paradigm. Both doctoral researchers of the Dare2Del project (Kyra Göbel and Michael Siebers) attended the workshop. 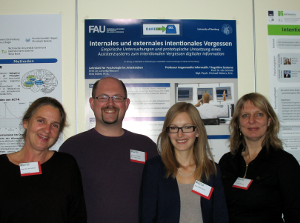 Dare2Del project members at the kick-off meeting of the priority program “Intentional Forgetting” on November 10, 2016 in Bochum

Chair for Work and Organizational Psychology, University of Erlangen